Today we’d like to lift the veil on the explainer video creation process. In close collaboration with the Swiss Fin Lab, our Fireart design team has created an animation video giving the viewer the lowdown on a solution of ZOA Personal Data Exchange in the engaging, easy-to-understand way.

ZOA gives individuals greater transparency and control over their personal data stored at different companies and organizations. It has the easy-to-use questionnaire workflows that help manage your data inventory, and data processing software across all legal entities. 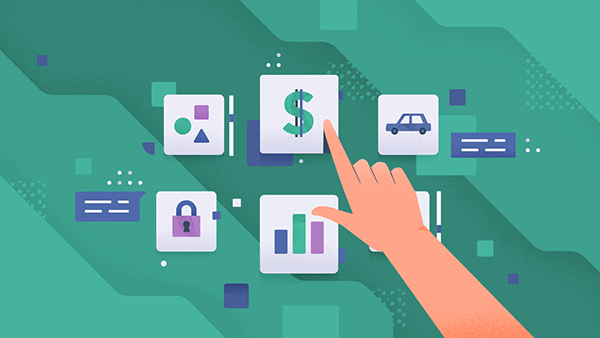 Swiss Fin Lab made a request to create an animated video about their ZOA Personal Data Exchange. The video was expected to be a quick and easy explanation assisting users to clearly understand the specifics of this service and the benefits it could bring to customers.

Fireart design team faced up this challenge. Combining clear and concise language with appealing visuals, we created an animated explainer video that can help a brand improving communication with its customers. Here’s how.

To create a product which will stand out of the crowd we needed to pass through the following stages:

At the early pre-production stage, our designers have created sketches showing the basic ideas of the future video. 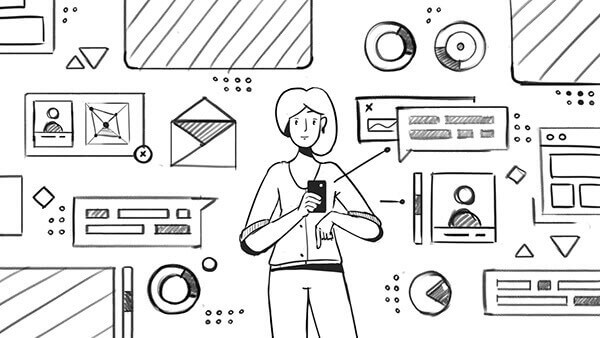 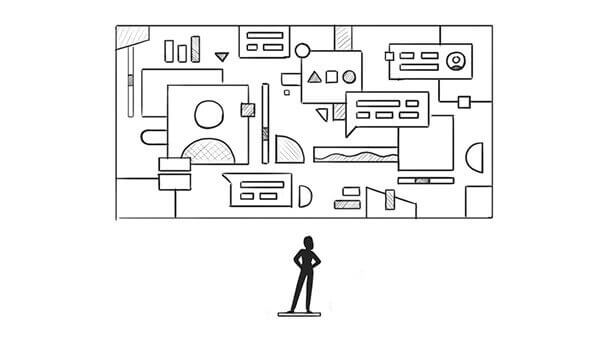 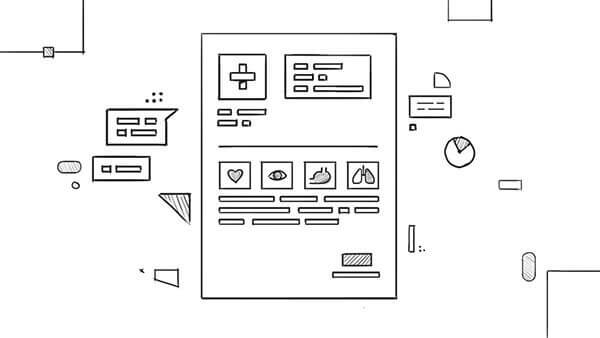 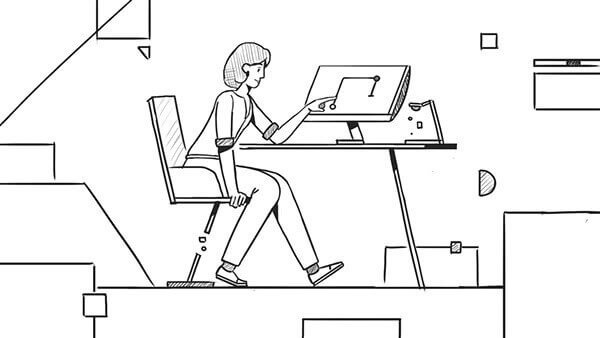 Every picture in the storyboard was discussed with the client and should have followed the general idea, goals for the explainer video. After several discussions, we agreed on the stylistic preferences and the main message of the video. Our team could start production.

Having chosen the style and color palette corresponding to the main branding colors of Swiss Fin Lab, our designers started the creation of digital illustrations.

At this stage, we faced several challenges. Creating a shot with a rotating calendar we had to use 3D animation. While producing a scene with a rotating rough hand holding a hammer we combined frame-by-frame animation of the hand with the 3D-model of a hammer.

Human hand animation appeared to become one more challenge for us. The complexity of the hand movements made it impossible to animate it in After Effects. So, we decided to use that tool separately for an arm animation using basic layer parenting and for a hand animation using a traditional frame-by-frame technique. Only after that, a frame-by-frame sequence of the hand was parented to the character’s elbow in After Effects.

All the scenes represented in the digital illustrations were animated into a catchy story helping people understand the ideas of ZOA service and able to set the emotional and aesthetic links to the viewers.

Here are some of the final shots gathered in a video.

After combining the sound with the visual part, an animated explainer video for Swiss Fin Lab was ready. Here’s the result.