Flutter vs. React Native: What App Developers Should Know About Cross-Platform Mobile Development

Cross-platform hybrid app development is a cost-effective option and a comparatively fast way to develop a mobile application running on both iOS and Android for different industries. 2020 is predicted to come with new trends that will extra enhance the segment of hybrid apps.

In this article, we will outline the birth of hybrid app development, consider reasons why it is in demand today, and compare the two leading hybrid development frameworks – Flutter and React Native. Hopefully, it will help you determine which one is the best fit for your mobile app idea.

Since we were the witnesses of the fast-growing number of different platforms appearing one by another, native app development for iOS and Android became an expensive and time-consuming choice.

The business needed a solution that could be more versatile, cost-effective, and faster to develop. That’s how hybrid app development (or cross-platform app development) was born. Its tools have quickly evolved to take up the challenges presented by the multi-platform mobile environment and offer users an excellent performance without any issues.

2020: Why Hybrid Mobile App Development Is in Demand Today

Cross-platform applications have become a trend in 2019 and are expected to be highly-demanded in 2020 too. Here we will briefly consider the most significant benefits of hybrid applications: 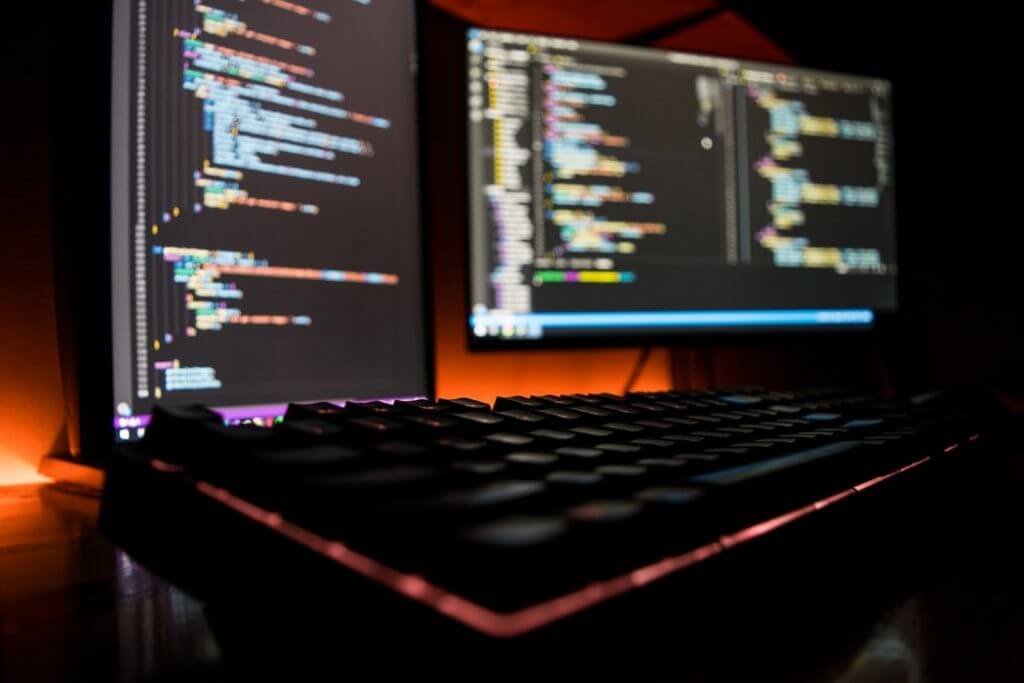 The most critical question in hybrid development is that you should wisely choose a development framework that suits best an initial product idea. Flutter and React Native are the two most powerful rivals in the field.

In 2013, React Native was introduced as a cross-platform app development framework by Facebook. It enables developers to build extensive apps with attractive interfaces for both iOS and Android systems within a considerably shorter period.

This platform is based on React – a Facebook’s JavaScript UI Library for web applications. However, after going through plenty of changes, it has also started targeting mobile platforms.

Flutter appeared much later. In 2019, Google first introduced this JS framework to the world. It is based on Dart, a compiled programming language, which is not as widely used as JavaScript today. However, Google actively uses and promotes it, so it is expected to become very popular in the shortest time. Flutter offers a quick way to develop visually appealing applications for iOS, Android, desktop, and web in a single codebase.

Let’s take a look at the strengths and weaknesses of both frameworks.

Compared to React Native, Flutter UI framework has better-structured documentation. It is one of the most important reasons why many developers choose to switch to this framework despite the fact that it is new for a mobile app development industry. Furthermore, Dart (Flutter programming language) is very similar to Kotlin and JavaScript that makes it easy for developers to start building apps in Dart.

Even though Flutter app development needs less time than most of the other frameworks, React Native is still outshining it in these terms. Working with Flutter, developers need to add separate code files for Android and iOS systems when it comes to creating more complicated UI elements. That is why Flutter requires more time for development.

On the contrary, with access to a few third-party UI libraries with the ready-to-use components, React Native does not require to write additional files for more complex user interfaces. It considerably decreases the development time and makes workflow more convenient. Many developers say that React Native adds more to the user interface and less to development time.

Dart language compiles a code more quickly than JavaScript. That’s why Flutter can display animations at 60 fps as a standard, which makes this framework much faster in general.

The architecture of React Native is made up of two parts, JavaScript and native. That is why this framework requires a JS bridge to interact with native elements. It makes React Native powerful but a bit slower than other native app development tools.

Perfect Choice for an MVP

As known, an MVP (minimum viable product) is commonly developed to test a mobile application with real users, monitor how it interacts with the market and the audience, and improve usability. Since Flutter is perfect for iOS as for Android, it allows you to demonstrate an MVP for different audiences.

Apple has restricted access to web applications on its devices. It also means that despite the fact that React Native apps can run on iOS, they can’t use Face ID, Touch ID, ARKit, altimeter sensors, and some other information. Consequently, it may affect app popularity and reduce the number of potential users.

React Native has a vast supporting community since it has become one of the most known and widely used frameworks on Stack Overflow. It is entirely open-source. Moreover, there are a lot of helpful forums and blogs that can assist newbies in the React Native app development process. While Flutter is a new framework and hasn’t gathered a big community yet.

Flutter allows creating prominent applications with appealing user interfaces because it has a set of visual and motion-rich widgets. They make a mobile app look more engaging and interactive.

Moreover, apps built on Flutter are more intuitive and easier-to-navigate. Using this framework, app developers can modify a user interface more easily. They just need to change the variable in the state. One more advantage of for users is that you need less time to set it up compared to React Native.

In comparison, React Native framework provides just UI rendering and device access APIs. To access native modules, this framework should rely on third-party libraries that makes it much dependent on them.

Hot Reloading is one of the React Native’s most significant advantages. Although, Flutter is not left behind too.

Hot Reloading helps to compile and read a file after a programmer has already made some changes without restart or in case of loss of application state. The Hot Reloading suggests a new file to a stimulator, reading an application from the beginning automatically. It is based on the Hot Module Replacement (HMR) and made its inception after the initial reloading process.

To choose a Flutter or React Native is an individual choice that depends on many factors, such as development budget, time, app complexity, requirements to a user interface, business goals, and beyond.

Although we should admit that many professionals have started to pay closer attention to Flutter, which is widely used and promoted by Google today. On the other hand, a robust open-source community proves the reliability of React Native and populizes this framework as well.