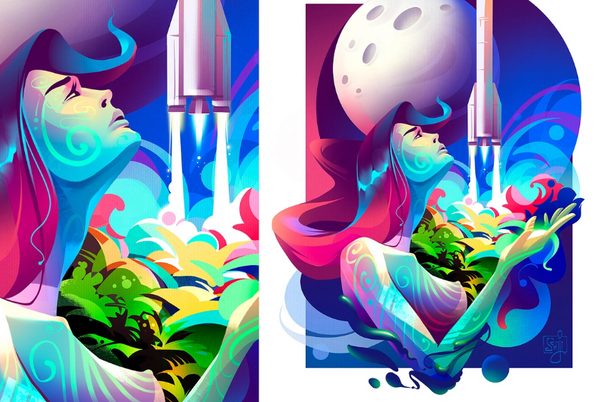 Before choosing the best app coding language for your mobile product to write the best code for apps, deal with the types of mobile applications that exist there on the market. There’s a choice.

The Native app is an app developed for the chosen OS on the device that can be accessed from the app launch icon. These applications are called native because they are written in the native programming language for a specific platform. For Android OS, this android coding language is Java, while ios native language is Objective-C or Swift Mobile web apps.

Mobile web apps may not be mobile apps per se. These are rather websites that look and feel a lot like native apps. The fact is that a web application is, by nature, a website that is adapted and optimized for any smartphone. And to use it, it is enough to have a browser on the device, know its address, and have an Internet connection (thanks to it, information in this type of application is updated).

They are a symbiosis of native apps & web apps. Like native apps, they may be loaded from within the app, and they can also use various features of the device they’re installed on.

Hybrid apps are a mix of web and native apps, which means their cross-platform and have access to the functionality of a smartphone. These apps may be found exclusively on the markets like Google Play and the App Store.

Just like web applications, their platform is HTML5. They are processed through the browser, which is built into the application itself.

Like any other programming language, the best language for app development ought to have a set of formal rules by which application code is written.

Nowadays, there are many application languages to choose from. The choice of a particular method may greatly depend on your business goals and the corresponding capabilities of the operating system you choose as the platform, the type of application, and its requirements. Mobile programming may easily share lots of languages used for web development.

Having an idea of app languages for creating mobile applications is useful not only for developers but also for their customers who want to better understand the project processes and know which language to pick best for their future projects. So, let’s review the main programming languages for iOS and Android mobile development here.

These are the key languages for writing iOS apps. They are object-oriented and make it possible to group similar tasks in the coding process, which significantly speeds up and simplifies the work of developers during front-end mobile app development. Besides, you may also apply:

Now that you know what iOS applications are developed on, you can get acquainted with the development environments used by programmers here. It’s mostly Xcode, which is a user-friendly application with an impressive set of useful tools. Discover more on it here.

The Cocoa frameworks are written in Objective-C, and hence that is the preferred language for developing Cocoa applications, accordingly.

Android developers write not only in Java and Kotlin despite a popular cliché. There are more mobile development languages to analyze here. In fact, you may find up to 8 popular most popular that are suitable for developing Android applications.

Yes, enthusiasts have managed to adapt one of the most popular programming languages for Android development. This is implemented using Kivy and BeeWare library:

Let’s face it, Android developers who write mobile apps in the Python programming language are rare, but still, they do exist and have great Support from the huge programming community.

C languages are positioned as high-performance languages, and this is important, especially if we are talking about something heavy like a mobile 3D game.

But it’s worth making a reservation right away that you still have to resort to Java: without this language, you cannot create a full-fledged mobile application. The Android NDK will allow you to write in C / C ++ only a part of an application, for example, a library that can be connected to a program via Java.

Java mobile app development via java language – a strongly typed general-purpose object-oriented programming language is a popular thing to do. It often takes the highest places in the popularity ratings (2nd place in the IEEE Spectrum (2020) ratings, and on TIOBE (2021) alongside Python. Have a look:

Cross-platform applications are written for several platforms at once in one non-native language. How can such a code work on different devices? There are also two native programming language choice approaches here.

The first one is that at the stage of preparing an application for a release, it turns into a native one for a certain platform using a transpiler.

Transpiler is source-to-source compiler, a tool that read source code written in one programming language, and produces the equivalent code in another language.

In fact, one cross-platform programming language is “translated” into another this way.

The second is that a certain wrapper is added to the resulting code, which, working already on the device, and broadcasts queries from the non-native code to the native functions of the system while on the go.

Cordova and PWA, as well as are two tools that work exactly in the ideology of the wrapper.

There are about 10 best programming languages and frameworks suitable for web development, client-side and server-side, as well as front-end mobile app development. Here are some of the observed.

This one is an interface language used for creating and developing websites, desktop applications, and games. JavaScript works in all browsers and can work with programs that are not hosted on the Internet.

Dart developed by Google is another client-optimized language for fast apps on any platform. Dart is often positioned as a worthy substitute/alternative to JavaScript.

jQuery here will be a fast, small, and feature-rich library for JavaScript. It makes things like HTML document traversal and manipulation, event handling, animation, or Ajax much simpler with an easy-to-use API.

Svelte is a framework. Customization over JavaScript, offering a radically different approach to building web interfaces. Svelte differs from more traditional React and Vue solutions both in terms of organizing the code and converting that code into a “ready-to-use product.”

When coming up with the best development conditions, coders often consider IDE (Integrated Development Environment). This is an integrated, unified development environment that is used by them to create a variety of software.

IDE is a complex of several tools, namely: text editor, compiler or interpreter, build-in automation, and debugger. Either paid or free, they may comprise great development tools. Thus, Microsoft Visual Studio used by Xamarin for cross-platform development is one of such, etc.

This is a popular Microsoft platform. C # is used as the standard for an enterprise-development programming language; the cross-platform development environment is Visual Studio.

Naturally, such a giant as Google could not get around the topic of cross-platform development of Android and iOS applications. Flutter, while still only in beta, takes a different approach than React Native and Xamarin.

The platform from Facebook – applications are written in JavaScript and using CSS-like styles. The interface turns out to be native, and the code is interpreted already on the platform, which gives it the necessary flexibility.

to try for the projects of busy small to medium-sized business owners and more. Don’t miss them while picking tack stack next time.

If we take Mobile Backend as a Service (mBaaS), it will be the name of online platforms that offer infrastructure and other backend services that improve your application development procedures. At its core, MBaaS companies solve back-end problems, allowing the developer to focus on front-end development.

These services are provided via the use of custom software development kits (SDKs) and application programming interfaces (APIs).

Thus, to be able to provide the right information to users (geolocation, sorting, filters, etc.), the applications need to cross-reference their internal information with other databases.

This one is another set of development tools that allows software professionals to get the latest headers, libraries, metadata, and other tools for building Windows applications for good.

Within the top programming languages for mobile and web development themes, it’s impossible not to mention the so-called progressive web apps or PWA.

These are the sites that are similar to smartphone applications not only in appearance but also in their function. It’s also a technology that may allow customers to install your website on a smartphone as an app.

Or you may also come across the following definition:

A PWA is a web application built using specific technologies to achieve specified targets. PWAs may have numerous advantages towards nonprogressive ones, and the key are:

Such applications are loaded and displayed immediately, regardless of the status and the quality of the network connection.

Their data exchange over the network is fast, the UI is smooth and responsive.

From Google’s perspective, this is what separates the look and feel of websites from native apps nowadays.

Responsive Web Design (RWD) is an approach to web design and development that seeks to create websites that interact optimally with a wide range of devices based on screen size, platform, and orientation.

Responsive programming may adapt the pages depending on the user, platform, screen size, and device and is an integral part of modern web development. It allows you to save as much resource as possible and not to code superfluous elements or draw newer designs for each screen resolution, etc.

In this responsive web design, the languages that developers mostly use to build web pages will be HTML for content and CSS for design. 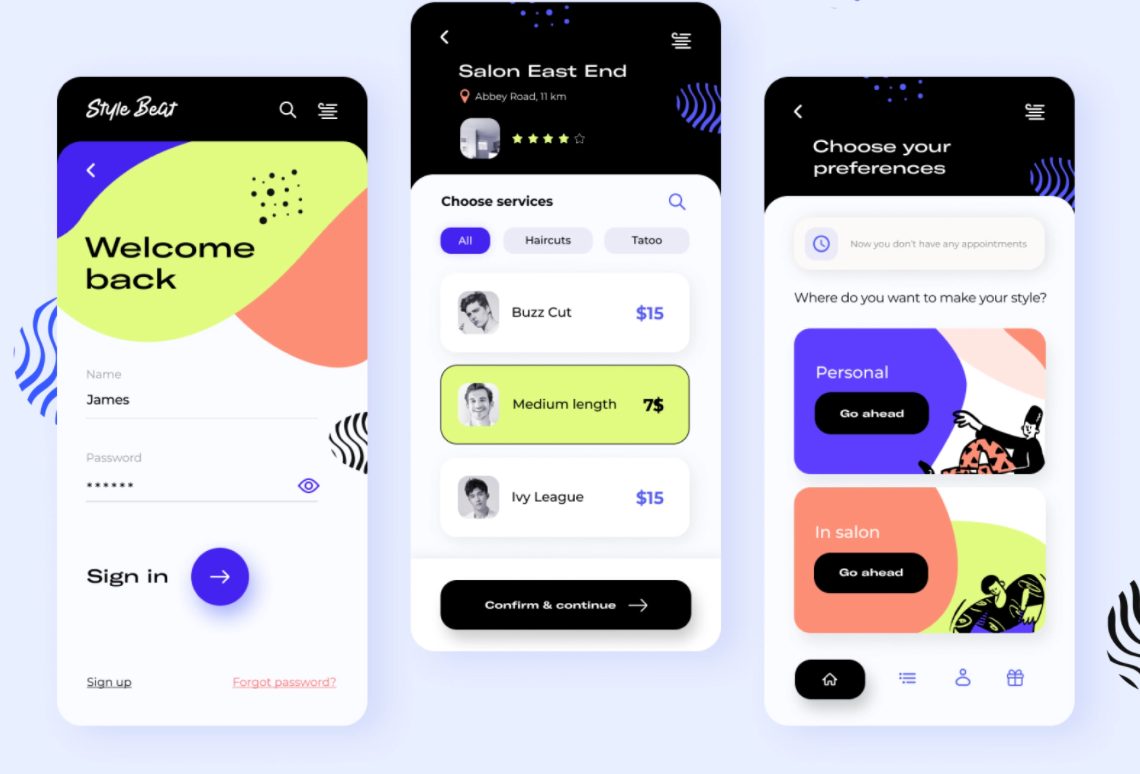 There are plenty of commonly used mobile programming languages to choose from and create a well-thought and structured, as well as highly functional mobile app.

Before choosing the best app coding language for your mobile product or to write the best code for apps, deal with the types of mobile applications that exist there on the market, peculiarities of the chosen languages, frameworks and tools available and so much more. There’s always a great choice.

Still, consider it to be a mess? – Then better consult expert mobile app developers.