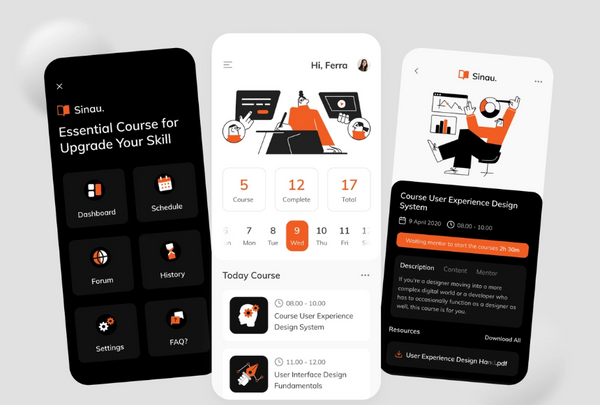 It’s been said more than enough about the best programming languages for your product design, as well as the most popular frameworks, etc. This…

What’s an Ideal Programming Language for a Startup?

Here you may find the hit parade of best programming languages for startups. Mind that you may have a different viewpoint and explain why they’re not, but still. This checklist will be an essential landmark for those about to face the dilemma of picking the proper framework for a completely new project. Here we go.

We’ve already come to the conclusion that this one is the most popular and universal programming language that may easily help your startup skyrocket from the start. And here’s why:

The main advantage of Python is the many packages that are freely available. Just find a suitable package or library and include it in your Python project.

The average cost of backend development services is around $75-$150 per hour. And Python is known to be one of the most widely applied backend technologies.

Many freelance orders are related to the creation of websites using WordPress. A lot of startups launch their websites using the same CMS or need to develop a custom CMS. When you know PHP language you are able to execute them.

Despite its decent age, PHP is still in demand. More than 50% of all sites work on its basis.

If you are a freelancer, a startupper developing your own projects, or looking for work in startups, PHP can be a great choice because it’s one of the most popular and oldest languages with a huge community and great open-source code.

Ruby is also commonly used in startups. Many successful projects are built using Ruby on Rails. Examples include:

Surprisingly but if you know Ruby on Rails, you may create a fully functional database site in just a few days. Using Java, this would take a week, in contrast.

You may also be surprised to learn that Java is not going to be included in this list. Instead, you rather find Java Script there:

The truth is that Java programming language is extremely demanded in  Fintech projects: banks, credit institutions, and insurance companies, etc. But it is considered to be not quite suitable for startups and freelancers. And no time to explain.

Swift is here because all startups need mobile apps. So if you’re looking to get a mobile developer job in a startup or hire to create a developer for your mobile app, Swift may be a great choice. As the best programming language for startups 2020, it’s just fine for iOS native development.

Swift is Apple’s programming language. With it, you may create apps for iPhones and iPad. It is safe and reliable. This language is ideal for freelancing too. Besides, since iOS developers are rarer and are still learning, there’s a chance to hire a real prodigy which is harder to do in terms of Android programmers because they’re the majority.

So, if you’re looking to get a job at a startup, create one, estimate the project, or are just considering a freelance career, learning the programming languages listed above will help you do that asap. Besides, some of them may turn out to become a green card to getting a Software Developer Job in Google or making a new project for the Google team. Who knows?

The idea is simple: the future programmer will choose among the top ten most popular programming languages worldwide. And five of them you already know.

These are the very same languages that potential employers are interested in – startups, large IT companies, and data centers, etc. The principle is the more popular the language is, the more likely it’ll be chosen for a project. And the more in demand, the programmers who know it, will be on the market.

When you decide, pay attention to the following criteria:

Also, check if there’s a demand for the language in a particular region and the market labor load there. Beginners often do not pay attention to important factors and understand that it would be better to choose another language after the project’s already started.

You may pick the top startup programming language from the list above. In order not to regret the wasted time, money, and effort it is important to consider the criteria first, as well as the specifics of each project. Only when you’re through with a thorough analysis of all the factors, you may settle on the most suitable language to start in the freelance profession or your new project.  Do not forget that you’re not alone.