A few tricks to make your load times feel faster

No matter how well-designed your user interface may be, at some point or another, people using it are going to have to wait for something to load. The loading time could harm the overall experience. Making users wait too long for your app to load can make users impatient. If users get the feeling, they’ll abandon your app and go somewhere else. Hopefully, there are a few things you can do to speed up your user’s sense of time and make them feel like your app loads faster than it does.

Never make users wait without giving them any feedback

If the user’s connection is slow, it can take a while for an app to populate content on the screen. A user’s wait time begins the moment they initiate an action, and the worst case is when they don’t have any indicator the app has received it. When the app fails to notify users that it needs some time to complete an action, users often think the app didn’t receive the request, and they try again. Plenty of extra taps has resulted due to a lack of feedback. To make people happy, we need to give an indication that something is happening, offer a visual feedback.

Static progress indicators are the ones that have an unmoving image or text, such as “Loading…” or “Please wait…” to indicate that the request has been received. While any feedback is better than none, static indicators are bad UX. Users don’t have any indicator that content is being loaded, so they aren’t sure if the process is actually stuck.

Psychological studies of waiting time show that user focus starts to shift after one second of waiting without any feedback. In order to reduce a user’s uncertainty, use progress indicator for any action that takes longer than that (Note: the use of animation isn’t recommended for anything that takes less than one second to load because users might feel anxious about what just flashed on the screen).

The simplest form of animated indicators is a loading spinner. This type of visual feedback just states the fact that user has to wait, but doesn’t say how long they should wait. As a general rule, you should use this type of progress indicator for fast actions (2–10 seconds).

Default loading indicator in iOS is a spinner of gray lines radiating from a central point.

Loading spinner is often used together with pull-to-refresh gesture. It acts as an intermediary between two states of the UI, and helps users to understand what is going on when the screen changes. 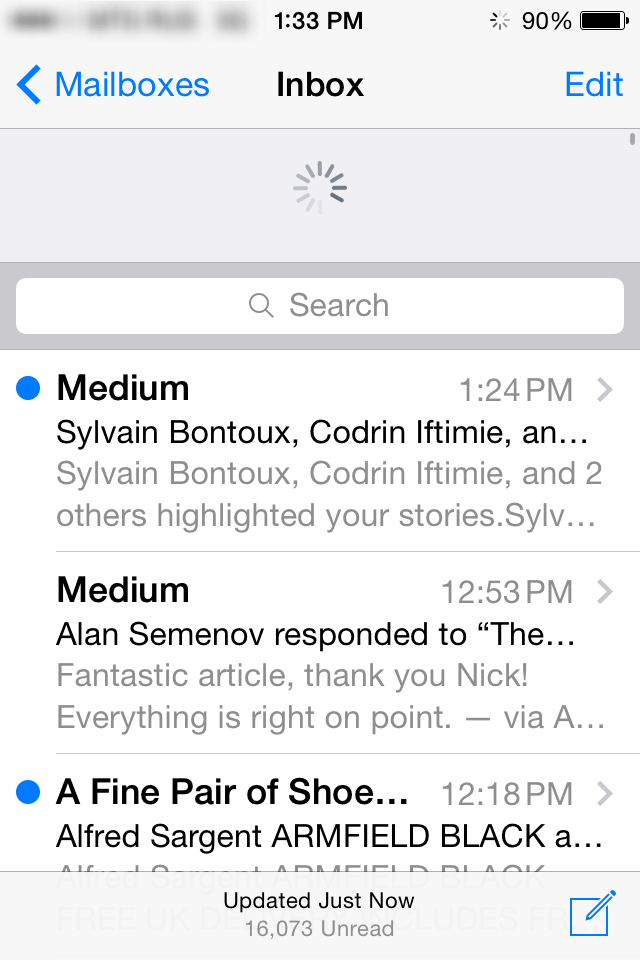 Loading spinners aren’t the right way to indicate long-lasting loading. It’s much more bearable to wait for something if we know when it will happen. That’s why for long-lasting operations you should give your users a clear indication of how long they need to wait. As a general rule of thumb, you should use a percent-done animation for longer processes that take 10 or more seconds.

Alternatively, you can provide a general time estimate for the operation. Don’t try to be exact, a simple, “This might take a minute” can be enough to inform the user and encourage them to wait it out. 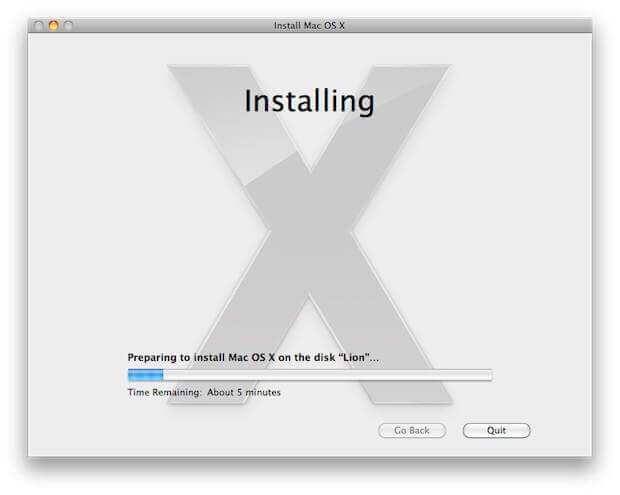 Tweaking the user’s perception of time

How fast your app loads is in the mind of the user. When trying to create a faster user experience you can shorten the perceived time rather than the actual time. In order to do so, you can fill waiting times using content, animations, or actions the user can perform.

A progress bar makes users develop an expectation for how fast the action is being processed. The way your progress bar moves affects how they perceive the load time. In order to make a progress bar feel faster to users you can use following simple techniques:

Wait-time is the right time for skeleton screens (a.k.a temporary information containers). A skeleton screen is essentially a blank version of a page into which information is gradually loaded. It provides an alternative to the traditionally animated indicators. Rather than show an abstract widget, skeleton screens create anticipation of what is to come and makes user focus on progress more instead of wait times.

Skeleton images load quickly since it’s a small image that is often made up of simple shapes. These techniques can be taken even further in mobile apps because the skeleton template can be stored locally together with the app’s data. Facebook app for iOS shows users grey blocks and lines to represent images and text as the app loads. Once it finishes loading, the images and text appear in place of the temporary containers. This is no faster than having a loading screen with a spinner, but in the user’s mind, it feels like it is. 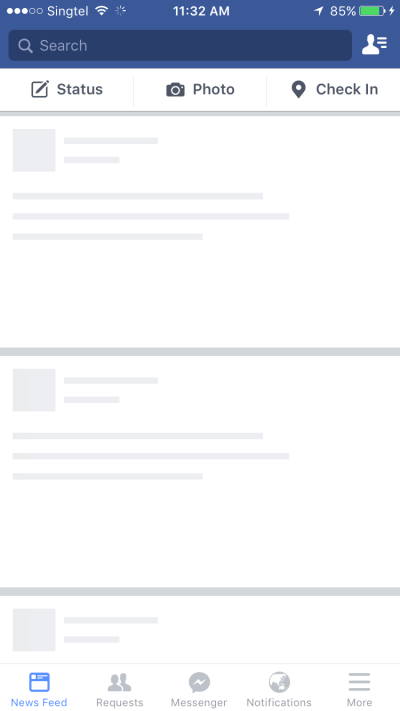 Another speed trick you can use is background operations. Actions that are packed into background operations have two benefits — they are invisible to the user and happen before the user actually asks for them. Give users other things to focus on as a process is going on in the background. A good example of this is uploading pictures on Instagram. As soon as the user chooses a picture to share, it starts uploading. The app invites users to add titles and tags while the picture is being uploaded in the background. By the time when users will be ready to press a ‘Share’ button, the upload will be completed and it’ll be possible to share their picture instantly. 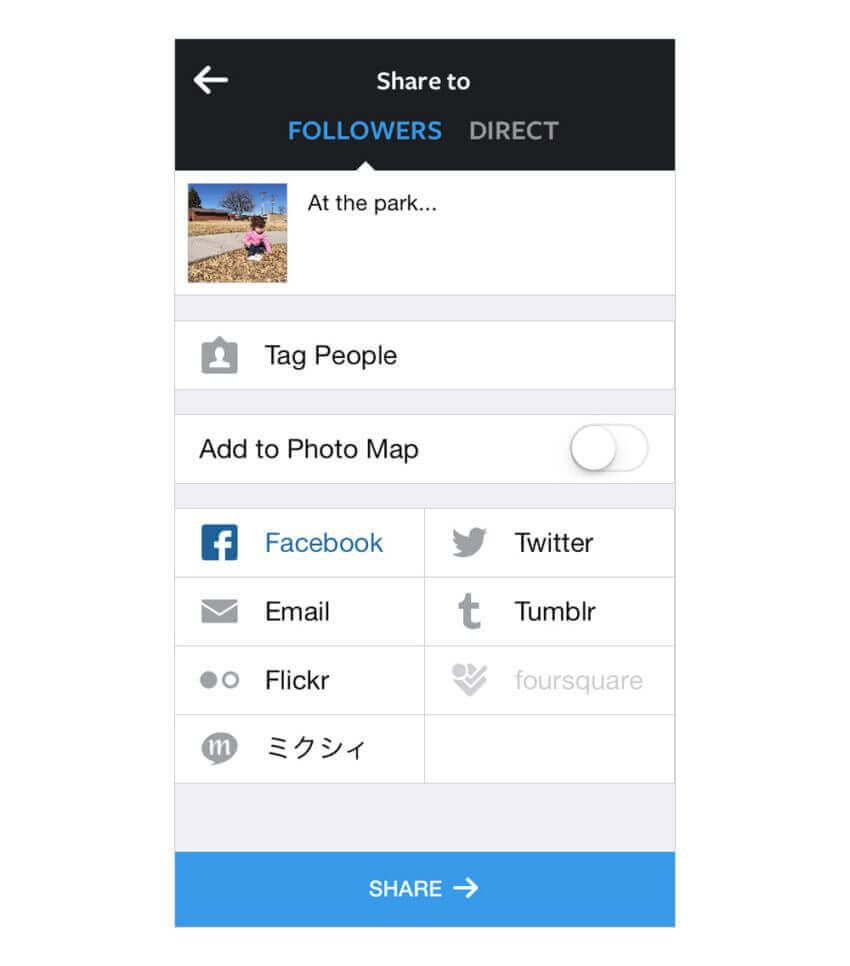 As modern apps and sites load more and more images, it’s good to think of their loading process, since it affects performance and user experience. Using the blur effect you can create a progressive image loading effect.

One good example is Medium, which blurs the post image cover as well as images within the post content until the image is fully loaded. First, it loads a small blurry image (thumbnail) and then makes a transition to the large image. The thumbnails are very small (just a few kilobytes) which combined with the blurry effect allows for a better placeholder than a solid color, without sacrificing payload.

You should always try to make the wait more pleasant if you can’t shorten the line. To ensure people don’t get bored while waiting for something to happen, offer them some distraction. Fine animations can distract your visitors and make them ignore long loading times.

Shazam for iOS is one of the apps that visually integrated the loading time in the overall app experience. The app provides a nice animated loading effect and this makes the waiting a lot less painful. 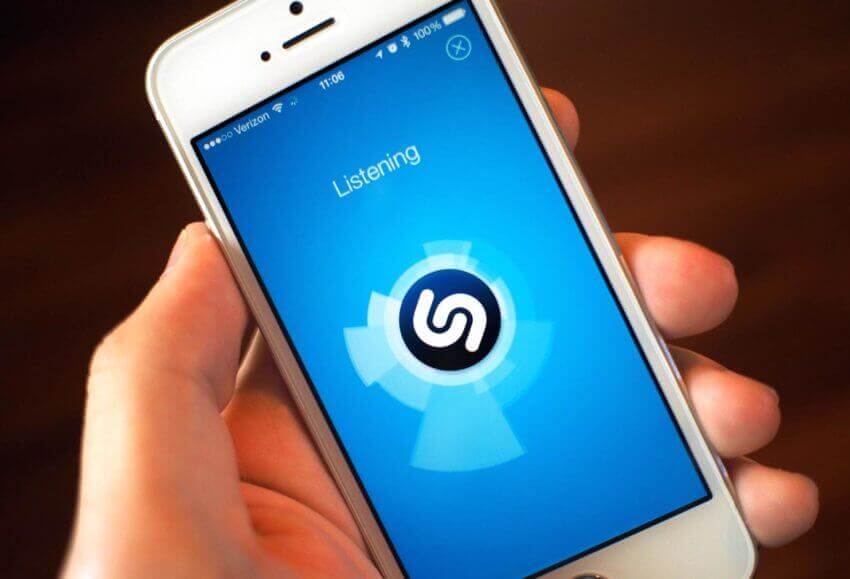